Have Live Webinars Outlived their Usefulness?

Remember the days when watching your favorite TV show meant being in front of the television at a specific time on a specific day?  Even for a boomer like me, those days are a distant memory.

Why then, in a world of on-demand, streaming, watch-where-when-and-how-you-like content, do we B2B marketers still insist on promoting live Webinars, and expect attendees to show up on a specific day at a specific time, fully cognizant they’ll have the option to watch the recorded event at a later date?

These days, Webinars are a tougher sell than ever, especially for “first touch” lead generation.  Most CPL publishers and other lead generation companies won’t even promote live events.  At our agency, we generally recommend live Webinars only as part of a client’s lead nurture or customer marketing or partner marketing programs, where there’s already a relationship and a measure of brand recognition.

Even then, registration rates for live Webinars are well off their pre-COVID peaks (especially compared to downloadable content), and the ratio of registrants who actually show up for the live event is much less than the 50 percent standard of just a few years ago.  (Blame work-from-home distractions, amongst other factors.)

Why then do live Webinars continue to be such a staple of the B2B demand generation mix?  Two reasons, I suggest:

One, Webinars require less work and fewer creative cycles, on balance, compared to, say: an ebook or a white paper.  In their most basic form, Webinars are a 20-slide PowerPoint deck and a demo.  When the boss wants a campaign to launch in 4 weeks, it’s much easier to create a Webinar deck and the event invitation in parallel than it is to attempt even a modest ebook and the campaign assets to promote it.

Two, salespeople love Webinars.  There’s the long-held perception that Webinars generate better leads than other types of content, and that Webinar leads are more qualified, based on the theory, one supposes, that Webinar attendees are more motivated and thus further along in the sales cycle, or at least more likely to engage with sales.

The “Webinars generate better leads” argument may have an element of truth to it (Webinar leads probably ARE more motivated, on average) but there’s a price to pay for that increased quality.  Webinars generate substantially fewer leads, all things being equal, compared to on-demand content covering the same topic.  Anecdotally, if a reader is promised the same benefits (“what you’ll learn”) from a Webinar and an ebook, he/she is more than twice as likely to download the ebook.

So yes, a Webinar lead might be more qualified by virtue of being willing to dedicate 45 minutes of his/her time.  However, by making those 45 minutes the price of admission, as it were, you’re eliminating a much larger subset of leads who may well have the problem your product can solve, have a genuine interest in your solution, and simply don’t want to set aside 45 minutes to hear about it.  Or don’t attend live Webinars.  Or happen to be busy next Tuesday at 11 AM Pacific.

With the possible exception of the use cases mentioned earlier (mid-funnel lead nurturing, customer marketing), I’d maintain that live Webinars have outlived their usefulness, and are an anachronism in an era of on-demand content.  Instead, B2B marketers should:

* Record Webinars and promote them as on-demand events, skipping the live broadcast altogether
* Test other, non-Webinar terms for the recording: video podcast, expert roundtable, fireside chat, panel discussion (buyers are burned out on the term “Webinar” as much as they are on the events themselves)
* Promote the recorded event via lead nurture streams, content syndication, paid social ads, Google Display
* Host the recorded event as a gated asset in the company’s online resource library
* Select multiple, short excerpts from the Webinar recording (think 20-30 seconds) and promote on social media as a “teaser” with a link to a registration page for the full recording
* Use a transcription service like Rev.com to find pull quotes or impact statements that can be used as social updates or quote images that link to the recording
* Repurpose the same Webinar content as blog posts, infographics, tip sheets and other short-form assets (again, with a link to the full recording)

Companies have long since generated more leads, and value, and ROI from Webinar recordings than they do from the initial, live event.  It’s time,  I would argue, to do away with the live event altogether.

Photo by Jonathan Farber on Unsplash

The post Have Live Webinars Outlived their Usefulness? appeared first on The Point. 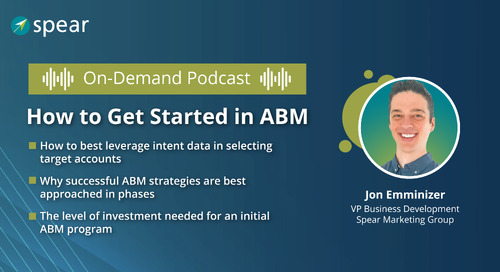 Podcast: How to Get Started in ABM

In a 42-minute podcast, learn what factors are most critical in a successful ABM initiative. Hear a lively ... 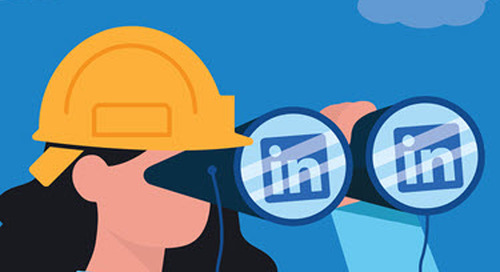 LinkedIn ads have become a staple of the B2B demand generation playbook, in large part due to an ability to... 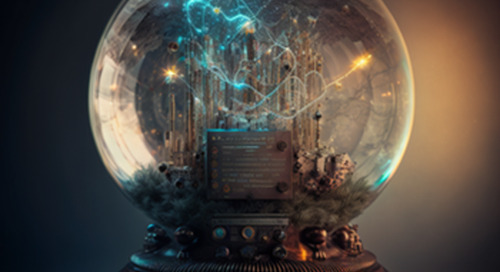 Each year, it seems there’s one topic that dominates marketing conversation, and 2023 is no exception.  In recent weeks, AI technology, and in particular tools like ChatGPT and Midjourney, have... 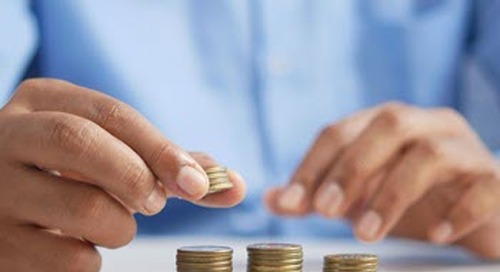 How to Calculate Demand Gen Budget: A Rough Guide

Budgeting season is here again, and demand marketers are not immune.  How big does your demand gen budget need to be in order to support your organization’s revenue goals in the new year? ... 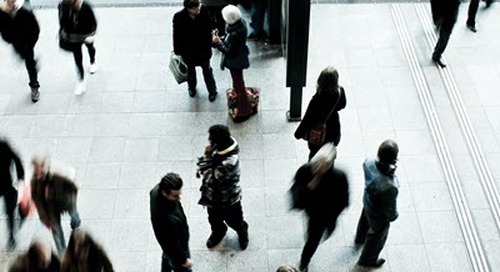 How Should I Market to Purchased Lists?

A client asks: “What’s the best way to market to purchased lists like ZoomInfo?  We have a debate between our marketing and sales teams on whether the best approach is marketing emails, sales... 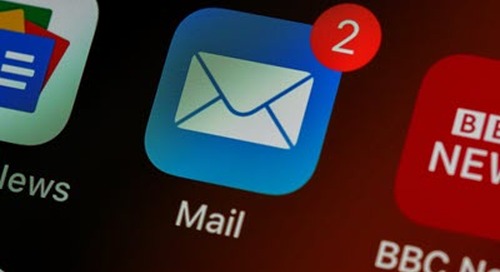 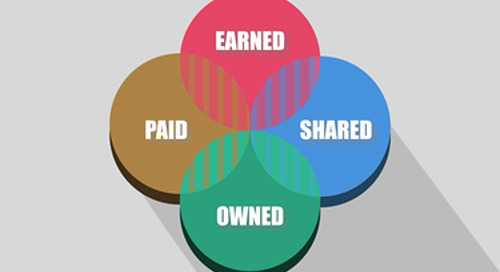 Public relations pros have been using the PESO Model for years by integrating Paid, Earned, Shared, and Owned media strategies into a single campaign, to better establish authority, amplify reach,...

Podcast: How to Get Started in ABM

In a 42-minute podcast, learn what factors are most critical in a successful ABM initiative. Hear a lively discussion of ABM requirements, common pitfalls, and more.

Listen to the podcast

LinkedIn ads have become a staple of the B2B demand generation playbook, in large part due to an ability to target a tightly defined audience.  However, whereas there’s plenty of information... 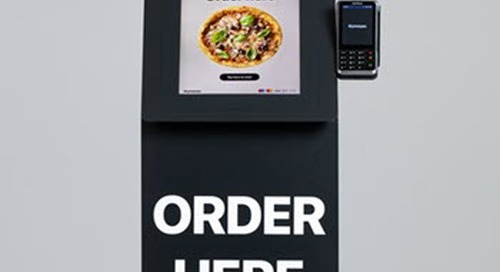 Meeting the Needs of the Self-Serve B2B Buyer

Just when you thought B2B buyer habits couldn’t change more dramatically, along comes the COVID pandemic.  The sudden, wholesale transition to remote work and virtual teams has only accelerated... 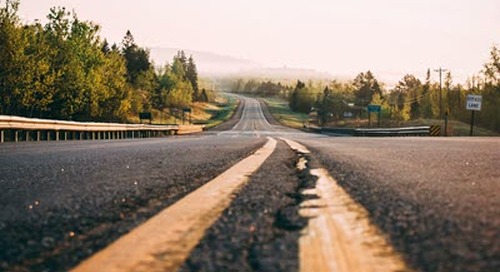 It’s a truism in B2B marketing that every buyer journey is unique and different, but, even then, and especially in the B2B tech space, almost every buyer progresses through 3 basic stages: 1.... 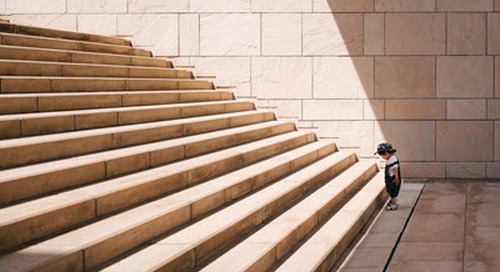 Those of us responsible for designing and executing marketing campaigns for a living know that the pristine, glossy world of marketing as portrayed in analyst reports and vendor case studies... 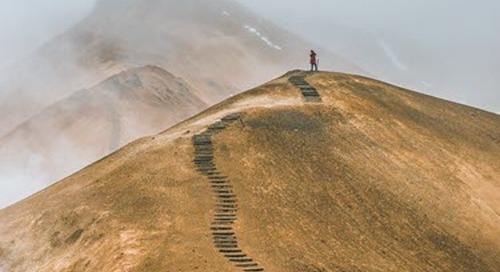 The Dangerous Allure of World-Class Marketing

Just as too much time on Instagram fawning after the photoshopped lives of internet influencers can create an unhealthy self-image, marketers too can fall victim to unrealistic standards and FOMO... 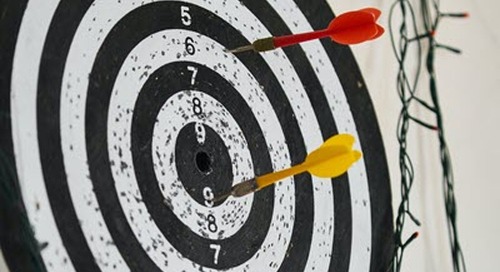 Why an ABM Pilot Campaign Might Be a Bad Idea

When companies look to get started in Account-Based Marketing (ABM), the first step is very often a pilot campaign.  On paper, the logic makes sense: * pick a handful of key accounts* execute an... 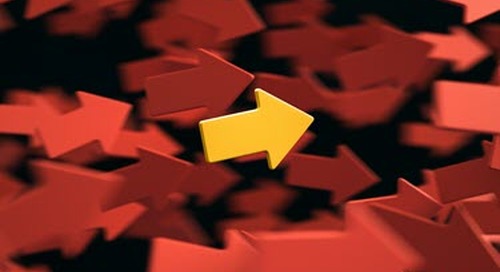 What trends will dominate the demand generation landscape in 2022?  We asked the experts at Spear Marketing Group to chime in: “Digital fatigue is real. B2B marketers need to rethink digital-first... 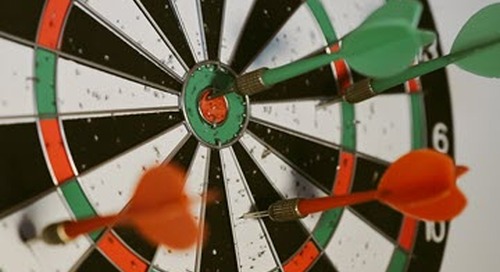 Why 46 Percent of LinkedIn Ads Fail

Most B2B marketing benchmark reports are completely useless.  That’s because either 1) the results were generated through surveys, which (as any reputable statistician will tell you) causes all... 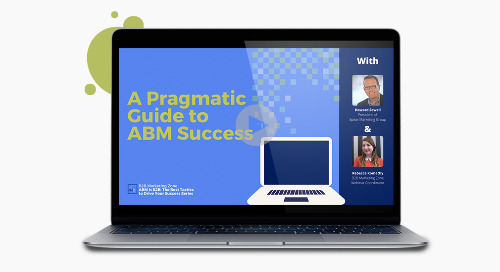 In a fast-paced, 45-minute session, discover a proven, practical framework for planning and designing your ABM initiative. 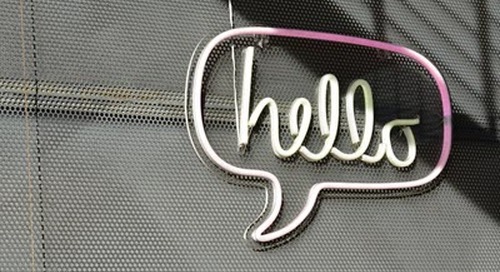 8 Surprising B2B Use Cases for Chatbots

If you ask most B2B marketers how they use chat platforms like Drift, the immediate answer would most likely be: converting Web visitors.  And indeed, increasing Web engagement and Web conversion... 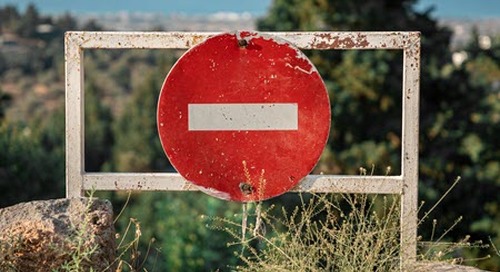 The Case for Allowing Personal Emails on Lead Gen Forms

Should you allow prospects to enter a personal email address when they fill out lead gen forms?  B2B marketers seem divided on the question.  In a recent LinkedIn poll, almost half of the... 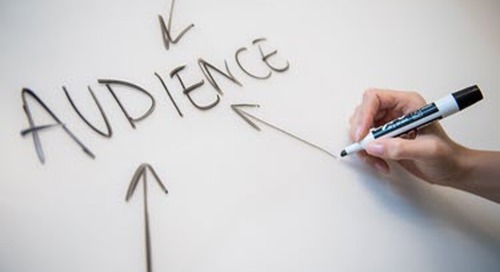 Account-based Marketing (ABM) continues to revolutionize the B2B marketing landscape, and, yet, if you ask 10 marketers (or even 10 “ABM Experts”) to define ABM and what constitutes an ABM... 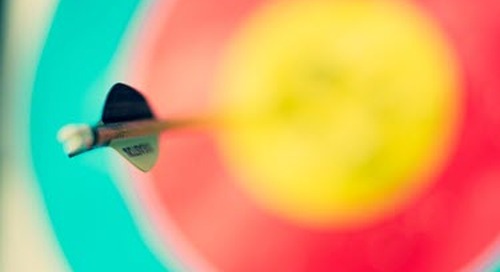 In a far-gone era, when demand generation was “direct marketing,” it was often said that for any campaign to be successful, the list was paramount.  Do everything else right (message, offer,... 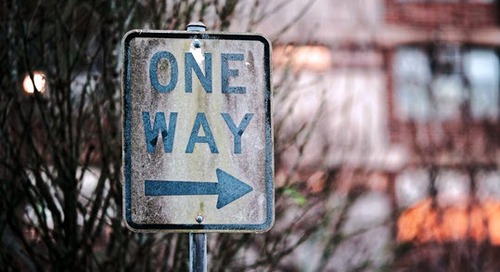 Is One-to-One Marketing the Only True ABM?

When it comes to what is, and isn’t, Account-Based Marketing (ABM), there are as many opinions out there as there are ABM experts.  The reality is that ABM (now ABX, in some circles) is...